The new Netflix documentary Bigger than Africa, which launches on May 13, features Trinidad and Tobago as one of six countries where Yoruba culture endured. Read More 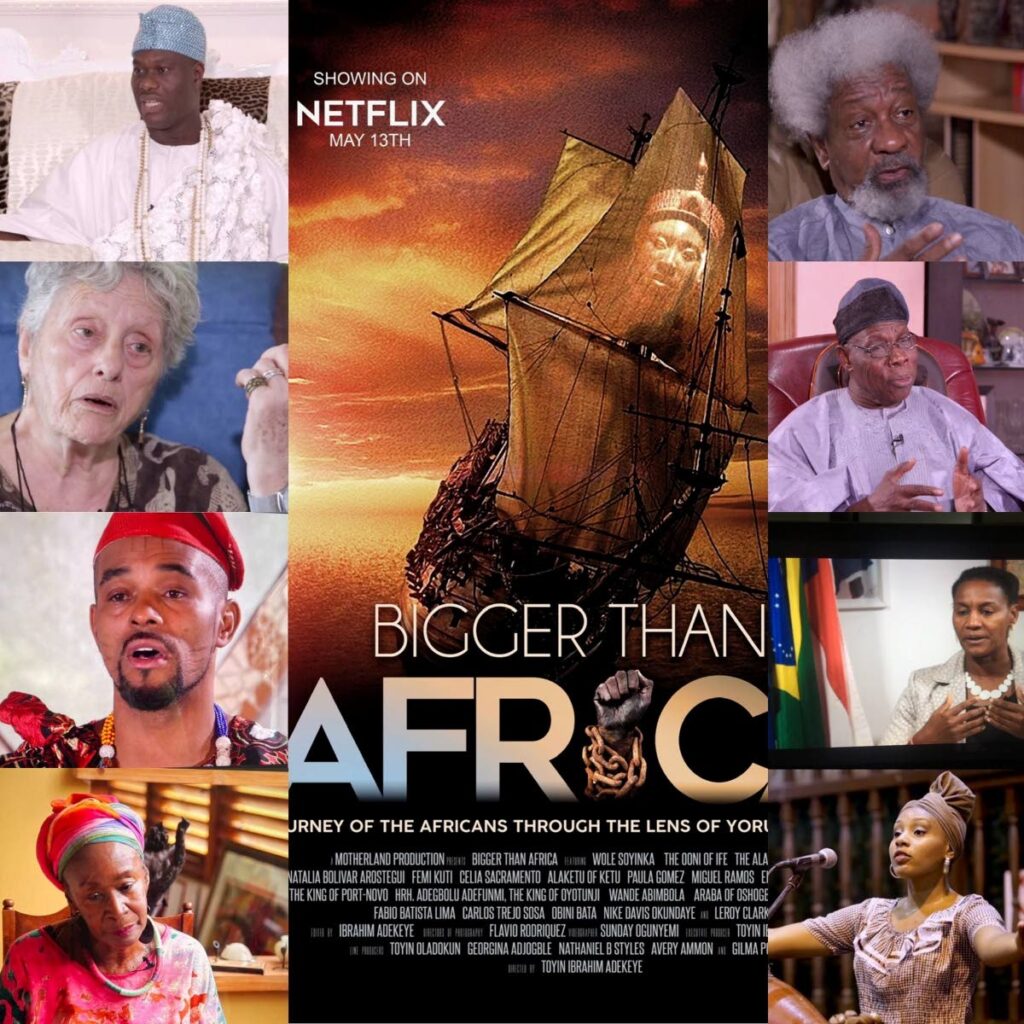 The Netflix summary said the film follows the transatlantic slave trade route from West Africa to the US, Nigeria, Brazil, Republic of Benin, TT and Cuba in an exploration of Yoruba culture. It explores reasons for the strong and enduring presence of Yoruba culture in these countries, and the role spirituality played in the fight for Emancipation as well as in the Civil Rights Movement.Read More

In a release, Springer said, “This is very timely intervention, given that African spirituality is still so negatively regarded in TT. I am heartened that this element of our culture will be showcased via this film being broadcast to the world via the Netflix platform.”

The release said TT remains one of the few countries in the world to have an Orisha Marriage Act and the option for devotees appearing in court to swear on a block of iron representing the Orisa Ogun.

Scenes for the film were shot across TT at a number of Orisha shrines, panyards and at the Tobago Heritage Festival.

The film’s director Oluwatoyin Ibrahim Adekeye attended the premiere of the film at the 2018 edition of the TT Film Festival and has screened the film extensively across the world.Read More

In an interview with Deadline Magazine, Adekeye said, “I hope it becomes a unifying documentary for all people of African descent irrespective of their countries. It’s a film that uniquely tells the stories of our commonalities rather than our differences.”