On the topic of the Best English Movies in Hindi on Netflix, the global streaming giant continues to stack their library with a multitude of movies releasing every week from different languages. From originals to exclusive releases and the latest blockbuster films, there are a ton of titles to select and watch almost every day. Consequently, picking and choosing what to watch is a tiring task to get through, so we planned to make things simple for you, like always. Presenting the Best English Movies in Hindi on Netflix, you should not miss watching. Preview Only: Produced by James Gunn, Brightburn could be the Superman horror origin film that we never knew we wanted. With an interesting concept; a middle-school kid who uses his superhuman abilities for something more sinister, the promos of the film look horrifying, and it is enthralling to watch a different take on the story that we all know and love. Created by Zack Snyder and co. The Army series on Netflix is, without a doubt, a perfect franchise to watch if you’re looking for mindless fun and entertainment. While Army of the Dead mostly centers around a heist and zombies, Thieves is more classy in its style and more amusing compared to Dead. Watch it over the weekend, and do not forget to grab a bowl of popcorn. Forrest, a man with a low IQ, recounts the early years of his life when he found himself in the middle of key historical events. All he wants now is to be reunited with his childhood sweetheart, Jenny. This is the life story of Forrest Gump, a slow-witted man from Alabama, and how he spent all his years with his near and dear ones. Preview Only: Flight, a dramatic thriller starring Denzel Washington in the lead role, tells the story of Whip Whitaker, a pilot, who saves a flight from crashing. But, the mandated investigation reveals that he was flying the plane under the influence of alcohol and cocaine. 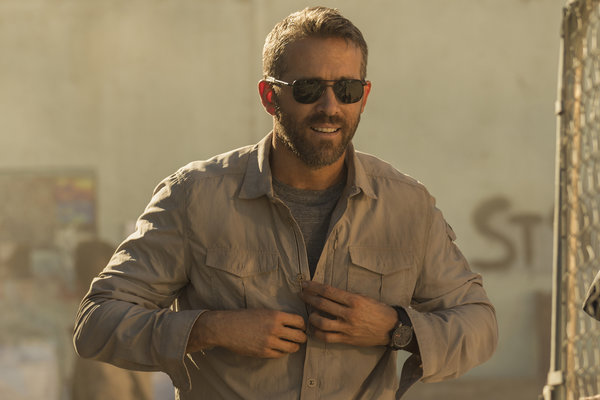 Michael Bay’s high-budget Netflix Original, 6 Underground, explores the story of a group of ghosts who work together to save the world. With a ton of breathtaking action sequences, this movie is an entertainer from top to bottom. I was under the impression that this was going to be just another action movie with a lot of violence and blood and gore, but it was fun to watch. One of the Best English Movies in Hindi on Netflix. – Zoha Junaid (zohasreviews) Best English Movies in Hindi on Netflix: No Strings Attached is just like Friends with Benefits with a separate spin, and the lead pair, Ashton Kutcher and Natalie Portman portray their roles remarkably. With a well-executed story and a handful of entertaining one-liners, No Strings Attached is a decent one-time watch, and both the main leads steal the show from the beginning till the end. – Surya Komal Extraction explores the story of Tyler Rake, an assassin on a mission, to extract the kidnapped son of an Indian Drug lord who is held captive by a gangster from Bangladesh. With Joe Russo writing the solid screenplay, Extraction is, undoubtedly, a stellar action film with great characterization, and a more detailed narrative. If you love some no-nonsense action and wouldn’t mind the skinny plot, then this film is a must-watch for you. The Old Guard, adapted from a graphic novel of the same name starring Charlize Theron in the lead role, offers a rich, dense storyline that provides a handful of possibilities. Although it had its own set of problems, on the bright side, this film is thoroughly entertaining and has the right mix of action and emotional scenes. The solid performances and the excellent directorial job by Gina Prince-Bythewood makes this flick a must-watch and one of the Best English Movies in Hindi on Netflix. Shutter Island starts with two US marshals entering into a very creepy island to investigate the case. However, Teddy (Leo) is adamant that he might uncover the truth about the asylum. You will be hooked to the story from the beginning, but what makes this movie phenomenal is the climax.

About the acting, people admire Leonardo DiCaprio for Titanic, but I loved him because of Shutter Island. A remarkable performance by him as well as Mark Ruffalo. It is a psychological thriller, and the cinematography of the film does add a lot of thrill, drama, suspense, and horror to it. Overall, if you want to have a thrilling experience from a movie, go for it. – Sneha Panchal (@snehareviews) Next on the list of the Best English Movies in Hindi on Netflix, one of the most satisfying endings of an outstanding character, and equally remarkable trilogies of all time, The Dark Knight Rises tells an inspirational, soul-stirring story of a defeated character in Bruce Wayne by his terrorizing counterpart, Bane. Nolan once again relies heavily on the quality of his narrative and the brilliantly written characters alongside Hans Zimmer’s exceptional background score. TDKR is, without a doubt, a remarkable finale and ends the franchise on a high note. – Surya Komal The Dark Knight is the second film of Christopher Nolan Batman trilogy, and Christian Bale reprises the lead role of Bruce Wayne/Batman. It also features Heath Ledger as the legendary mastermind Joker. With sky-high expectations, at the time of its release, the film went on to become one of the best superhero films ever made and set the standards really high. The Dark Knight revolves around the plot of Batman a silent guardian and the watchful protector trying to safeguard Gotham City. Furthermore, it was Heath Ledger who won all praise, love, acclaim, and accolades for his role as a psychopathic, mass-murdering clown with zero empathy. – Nirmal Raj